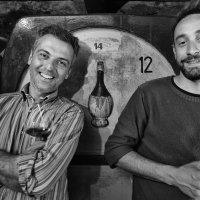 “Mastri Calafati”: those who managed to build safe boats for navigation at sea, waterproofing them with the use of a simple rope and pitch. Hence the origin of the company name: Calafata is an agricultural and social cooperative which, through the use of disadvantaged people, restores production and enhances land otherwise destined for neglect and abandonment. The idea was born in 2011 from a group of young friends who saw in Lorenzo Citti's proposal to sell his historic vineyards, the opportunity to create a virtuous model of respect for people and lands. The founding members were united by the desire to turn the page to project themselves into agricultural work, harder but more dignified, which soon became their model of life. From the first day, thanks to the tireless help of other Lucchesi companies (which today form the LuccaBioDinamica network), the biodynamic method was the only one adopted in the vineyard. Clean wines have always been produced in an artisanal way in full respect of traditions and places. The company, which today cultivates about 30 hectares and employs more than 20 young people, develops in the municipality of Lucca and more precisely in the hills of Maulina and Morianese for wine production, in the municipality of Viareggio and Camaiore for production. horticultural, while the olive trees and bees (except for some lucky ones who are at the sea to produce beach honey) are in Valgiano. The recovery of some centenary vineyards has given life to Majulina and Gronda which are the two most representative wines and which reflect the terroir in an excellent way. 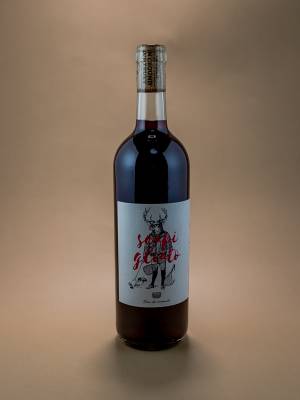